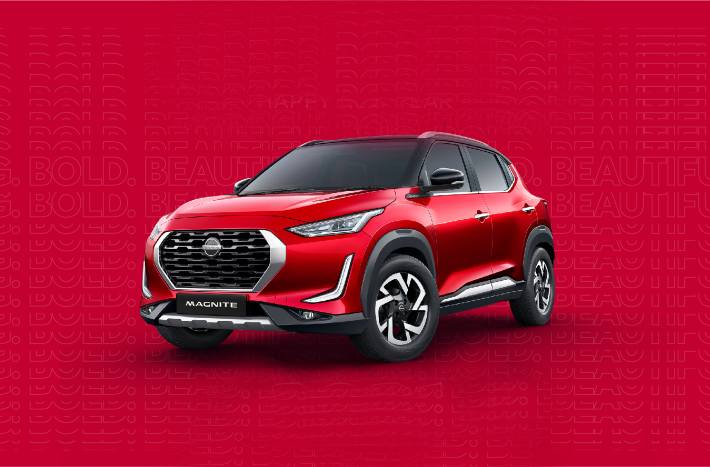 Nissan Motor India has announced that the Magnite SUV has garnered 50,000 bookings in the country. Launched in December 2020, the Nissan Magnite has been a hit in the Indian market, and the company has already delivered 10,000 units of the SUV.

The top-spec variants of the Nissan Magnite are loaded with features such as an 8-inch touchscreen infotainment system with wireless smartphone connectivity, a 7-inch TFT display for the instrument cluster, a 360-degree camera, cruise control, TPMS (Tyre Pressure Monitor) and much more.

The Magnite SUV draws power from a 1-litre naturally aspirated petrol and a 1-litre turbo-petrol engine. The former produces 71bhp and 96Nm of torque, and the latter is tuned to churn out 99bhp and 160Nm of torque. Nissan offers a 5-speed manual gearbox as standard. The turbocharged petrol engine also gets an optional CVT automatic gearbox. The CVT model produces a slightly less torque output of 152Nm.